Is true that it may not be the most known Basque city, but that does not mean that Vitoria-Gasteiz has nothing to offer to tourists.

Indeed, with a unique mix of old and new, the inhabitants in this city are proud for living in the one with the most well-preserved Old Town in the Basque Country; and the fact that it is not visited as much blends very well with its image that adds a mysterious touch.

With that said, get to know more about tourism in Vitoria, and what to do and visit here.

Where is Vitoria-Gasteiz located?

In a position that lets it benefit from natural defense as well as commerce, Vitoria-Gasteiz is trapped between mountains south from Bilbao, where it holds the title of capital of the Basque Country.

That said, arriving at Vitoria-Gasteiz is actually easy.

If you’re in Madrid, you can either get there by train or bus, or even by a shared travel in a car. Both the train and autocar arrive at Vitoria every day.

Once there, you can still use the bus or tramway to move around Victoria-Gasteiz, or even use a bike or going by foot.

As we said, the city mixes old a new with gothic and modern architecture, respectively; all of it in presence of a warm and nice weather.

Travel in different ages of humanity at the same time in just one location, letting yourself go in its mysterious aura.

Truly, this is an experience to never forget, so keep reading to find out the activities in this city.

The Museum of Fine Arts. Tourism in Vitoria

Even if it hosts Basque pieces of art and other pieces dating back from middle eighteenth century, the museum itself was constructed at the beginning of the twelfth century.

The paintings themselves portrait the rural life of the Basque and originated from romantic realistic art movements.

The structure, on the other hand, has beautiful gardens and mixes baroque, roman and neo-Basque styles of architecture.

Have you ever been to a museum that is a merging of two other buildings? Because if not, this could be your first time.

One of those building is the Bendaña Palace, which was built in the sixteenth century.

From outside, it may seem as a fortified place, probably for war purposes; but from the inside it shows off its delicate renaissance architecture.

One curious fact is that there’s actually another museum inside this one, the Fournier Museum of Playing Cards, which exhibits luxuriously impressive card decks.

The remaining building is the Archeological Museum, which is more modern that the previous building, designed as a copper structure in 2008.

Inside, there’s an exhibition of around 1500 archeological pieces that were found in the Álava region, from Human Prehistory to the Middle Ages.

Another modern museum, this time built in 2002. It is different from the Museum of Fine Arts in the sense that hosts art from Spanish and Basque people alike, combining for a total of 3000 art pieces.

Some of the most known artists hosted here are Picasso, Miró and Dalí.

Of course, art isn’t only reserved for the well-known artist. Common people also participate in this activity and let their pieces to be seen in the street, such as long and eye-catching murals.

One piece of art not to miss is the bronze sculpture “Walker” in the Dato street, made by Juan José Eguizábal.

If that sounds like nonsense to you, then prepare for a surprise.

Indeed, there’s a neighborhood in the shallow part of the Álava region that, looked from the sky, it has an almond-like shape.

This is achieved by its convenient walls, walls made in the sixteenth century that were actually built for defense.

This is one of the best incarnations of the medievalist architecture in Vitoria-Gasteiz, from the thirteenth century to be precise, back then when Alphonse VIII was King of Castile.

Also known as the “Old Cathedral” by locals, the Cathedral of Saint Mary can be seen really far from the city, as well as from the highest point of the hill itself.

Even though some parts of it are trying to be repaired and reformed, the place is still an ancient beauty to explore.

This one, along the Cathedral of Saint-Mary, is also one of the four towers that can be seen very far away from Vitoria-Gasteiz, and is located in its Old Town.

This structure leans towards the Gothic style, and hosts the Patron Virgin of the city, the White Virgin, in a chapel inside of it.

Square of the White Virgin

Also going by the name of the Old Square, is also up there with the places not to miss while exploring Vitoria, for its energetic atmosphere with all its upbeat bars and porches that allow for some social activity.

Previously known as the Square of Spain, it once was the meeting place for the traditional bullfighting.

Today is now a place taken by cafés and bars, which makes it ideal for sitting down and having a chat with people.

Built in the sixteenth century, with a baroque facade and clearly exuding its renaissance essence, the Escoriaza-Esquivel Palace is unquestionably a very interesting stop only to be found in Spain.

Besides being the capital of the Basque Country, it is also the Green Capital of Europe. Indeed, all of its parks, lakes, meadows and swamps earn this location in Vitoria-Gasteiz the name of the Green Ring.

A rough translation being the Arques, it is a road that connects the Old Town of Vitoria in the higher ground with the new part of the city on lower grounds. It gets its name from the arques all along the road, an architectural charm made by Justo Antonio de Olaguíbel between the seventeenth and eighteenth century.

In the shallows of the west, in the Iruña de Oca municipality, is located this ancient bridge with 13 visible arcs in its base.

It is surrounded with just pure nature, with a charming river that usually hosts animal life and even moss in the structure for a more natural touch.

Want to make a stop for eating o to pass to night? You will definitely be no short of options in the Eduardo Dato street, because just like the other streets, this one is full of cafés, bars, shops, hotels, and other tourists just like you accompanied by locals.

After evaluating your options to travel to Vitoria, you only need to schedule your desired stops, plan for transportation and get ready to discover this unique Basque city.

What else to see in Vitoria?

How to get to Vitoria?

How to get around the city of Vitoria?

The four towers of Vitoria

Route of the palaces of Vitoria

The weather in Vitoria

Video of Vitoria-Gasteiz, Too see it is too feel it

The best of Vitoria-Gasteiz. Tourism in Vitoria 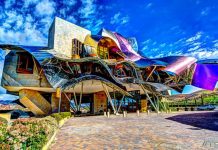 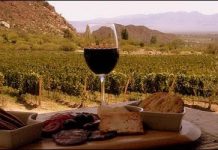